Gydle is a privately held canadian company founded in 2008 and located in Québec City, Canada. Our mission is to design innovative solutions for genomic data analysis and provide superior quality services to the genomics research community. Our customer base is worldwide and spans across life sciences markets, including human health, agriculture, forestry, bioproducts, bioassay and instrument development. 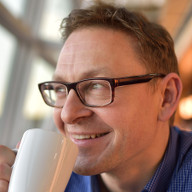 Philippe has 31 years of international experience at the forefront of genomics research in academia and industry.

Graduated as Ingénieur de l'École Centrale de Paris (France), he worked from 1991 to 1995 in the research team of Daniel Cohen at Généthon (Evry, France) and CEPH (Paris, France), and developed the bioinformatics that produced the first physical map of a human chromosome (Nature, 1992) and subsequently the first physical map of the whole human genome (Nature, 1995). In 1996, he joined Incyte Pharmaceuticals (Palo Alto, USA) as a senior scientist in research bioinformatics. In 1998, he became worldwide director of bioinformatics at Rhône-Poulenc Rorer pharmaceuticals (Hayward/Collegeville USA, Dagenham UK, Vitry/Seine France). From 2001 to 2004, Philippe was the first director of bioinformatics at Illumina (San Diego, USA). In 2004, he moved to Canada as a researcher and director of the bioinformatics platform at the Centre de Recherche du CHUL (Québec City, Canada). He founded Gydle in 2008 and developed it to become a leader in bioinformatics.